This post is totally going to be like a Dear Diary entry from my writing days of old in which I literally just talk about everything that happened to me in the last 2 days. This should help my brain process the awesome and be a good memento when I read back years later. Plus, I kinda just want to brag about how great my new profession is….we throw pretty great conferences.

So I actually had an exhibitor pass to ALA this year because I worked the Harry Potter Alliance booth, which is an organization I volunteer with (and have explained on this blog enough that I will not do so again here). So I only had access to the exhibit hall, but the word “only” in this sentence is like saying I “only” won a million dollars. The exhibit hall is amazing and not only has all the exhibitors, but also tons of stages where different talks and panels take place. I only had one specific plan on day 1 I wanted to hit for the exhibit hall, and the rest I left up to fate (because how many plans really go through when you go to cons?). This was a great decision. I got there before the floor opened (the perks of being an exhibitor) to get the lay of the land before the crowds descended and find my booth in the massive sprawl that is McCormick Place West.

PUMPED for my first #ALA! #alaac17

I began to wander and started to pick up some books – almost everything is free at ALA and you can stock a small library with the amount of free books you can come away with. As you will see, I went easy on ARCS compared to some enormous hauls I’ve seen. It’s a lot like BookCon, except way better because there are more free books and fewer crazy fans just wanting to push past you to get as many ARCs as possible. Everyone is a professional: teachers, librarians, publishers, etc., so everyone is super friendly, and most importantly, super chill. Never will I go to another BookCon. (Until I become a super famous blogger/librarian/author/what-have-you and people wait in line for ME. It can happen.)

So the one aforementioned plan I had was to go to Angie Thomas’ signing. We read The Hate U Give for our Harry Potter Alliance book club, so I needed to tell her how much we loved her book – and I know she’s a big HP fan. I actually ended up running into her on the floor and had a longer conversation than a signing would have allowed. I was kinda freakin out inside. I told her I was from the HPA, and she called me royalty, and I was like NO YOU! It was pretty amazing.

Just met @acwrites at #alaac17! What a great person! Ya'll MUST read The Hate U Give!!

I did go back later for her signing, too. Then I worked the HPA booth for a bit and generally wandered. The HPA planted little picketing Picketts around the con, so I found one hanging out by a ribbon badge station. He’s promoting the HPA’s Neville Fight’s Back campaign, which is currently advocating for actions against climate change.

As if day 1 wasn’t great enough, day 2 was even better. In the morning I did boring career development/job search stuff, so I won’t talk about that. (I was playing double-duty all weekend as half-HPA volunteer, half-MLIS student.) After the career stuff, I did some more wandering and came across Jeffrey Cranor’s signing for It Devours!, the new Welcome to Night Vale novel! I knew he was going to be there but hadn’t planned on seeing him – I just so happened to walk by and got super excited to see him signing! I love the Night Vale podcast and the first book, so this was definitely my most exciting ARC of the weekend.

So cool to meet @happierman and snag a copy of It Devours! #alaac17

Ok. Ok. Deep breaths – this next part still gets me chills just thinking about it. The one plan I had for day 2 was to catch Congressman John Lewis’ speech at the Library of Congress booth. While we were waiting for him to arrive, I noticed none other than Carla Hayden herself, the Librarian of Congress, hanging out by the LoC booth. Not only is she the head of the entire LoC, but she is the first woman and first African American Librarian of Congress. She’s kindof a big deal. I had to go up and talk to her. It was a humbling, inspirational moment, and I don’t have the words for this at all. So here’s a pic (in general, the less you can see of my eyes in photos, the more excited I am):

Soooo I met Carla Hayden today, THE. LIBRARIAN OF CONGRESS. THE LIBRARIAN. OF. CONGRESS. #alaac17 #ALAgoals

Once my heart rate got back to normal, it was just in time for it to go up again because John Lewis was incredible. He spoke about his childhood and preaching to the chickens, which if you’ve read the first March book, you are familiar with. For those of you who might not know why John Lewis is such a big deal, he was a major leader in the Civil Rights movement who helped organize the March on Washington, among many other things. The graphic nonfiction trilogy March is the story of his life and work in the movement, and it is outstanding. He spoke about the books and about his calling to get up and make a change in the world – and by God, can that man speak. I don’t think I’ve ever been so captivated by hearing anyone speak like he did. You can see and hear the similarities he has with Dr. Martin Luther King’s way of speaking, to give you a point of reference. To use a phrase the kids are saying these days: I was shook.

After John Lewis’ speech, there was a panel discussion with him and Nate Powell (pictured behind John Lewis looking totally non-phased), the illustrator of the graphic novels. It was fascinating to hear about the process of creating the books – Nate Powell was also captivating to listen to because he is so darn smart and talented. Then I took my shook self on back to the HPA booth for another shift.

I still can’t believe all the awesome things I was able to see and do in such a short two days at the conference, especially considering I didn’t even scratch the surface of what was happening – the guidebook was almost 300 pages long. But despite all the inspiring people I met, the loveliest thing about this experience was the friends, old and new, who I saw at ALA. I must have run into about a dozen people I know, from classmates and professors in my library school program, to my colleagues at the library where I work, to old teacher friends, and new HPA friends. I felt like around every turn there was another friend to be met up with, and that was awesome. (It helped that the conference was in Chicago this year, and that’s where we all are.) Even the new people I met were wonderful because we all have shared passions. It was like a giant family.

Which leads me to shout-out any of my HPA people reading this – you guys are amazing for welcoming me as a newbie to the organization and making me feel comfortable. I feel like I made best friends in the span of 3 hours and cannot wait till I get to see you again. It’s an honor to be on the other side of the booth.

48 hours and way too many Instagram posts later, my #alaac17 is complete. I did many cool things, but the coolest of all was connecting with some of my online Potter family IRL. I'm proud to volunteer for this organization and can't wait for what is to come! See you all on the interwebs!

Ok, done with that mushy stuff before I go throw up.

Here are a couple more shots from cool things around the exhibit hall, from book vending machines to zine reading stations, to the absolutely swanky and tripped-out booths like Gale and LoC:

Just some more shots from around #alaac17

It was a pretty cool two days.

Finally, I leave you with shots of my hauls (because this is a book blog, after all), and I’ll list the titles below if you are interested/can’t tell what they are from my crappy-ass photos.

Overall it’s tough to put into words how great the weekend was, especially considering it was my first time. I’m afraid the bar is set incredibly high for future ALAs, which I’m sure I will be attending many more of in the years to come. 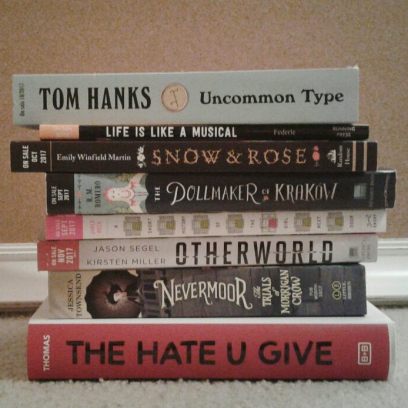 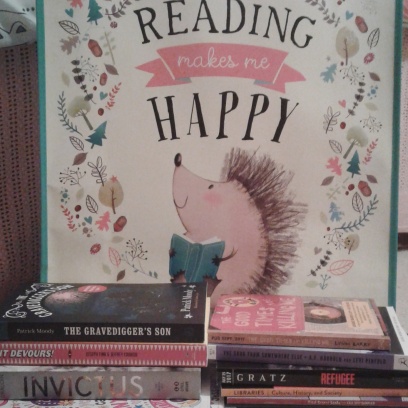 13 thoughts on “My first American Library Association Conference: there are no words, but I’m gonna try”

An oldie but one of my favorite pics. Happy Father's Day to this guy! Looking forward to our next adventure!
We celebrated @animaperegrini's Birthday a few weekends ago at the lovely Morikami Museum and Japanese Gardens!
We have 2,885 photos from the honeymoon. Here's 10.
Sedona had a lot of views, but my favorite one is you ❤ HAPPY BIRTHDAY to my light, my love, my mountain man, my HUSBAND, @animaperegrini! You are my greatest adventure and the world is better because you were born.
If millennial and in Sedona, must take Instagram pics on Devil's Bridge.
Sorry not sorry for all the wedding spam... but this might have been my favorite part of the night ❤ Watch our full first dance on my FB. No, it's not choreography... and you'll want to watch to the end. 😘
Loading Comments...
Comment
×
%d bloggers like this: